Collecting ideas for work on the woodwife.  Looking at ancient Britain and Roman Britain.  Pottery urns and amphoras are a great shape.  A lot of the items discovered were in burial sites , possessions sealed into a tomb or earth mound for the afterlife.  These groupings tell a story. 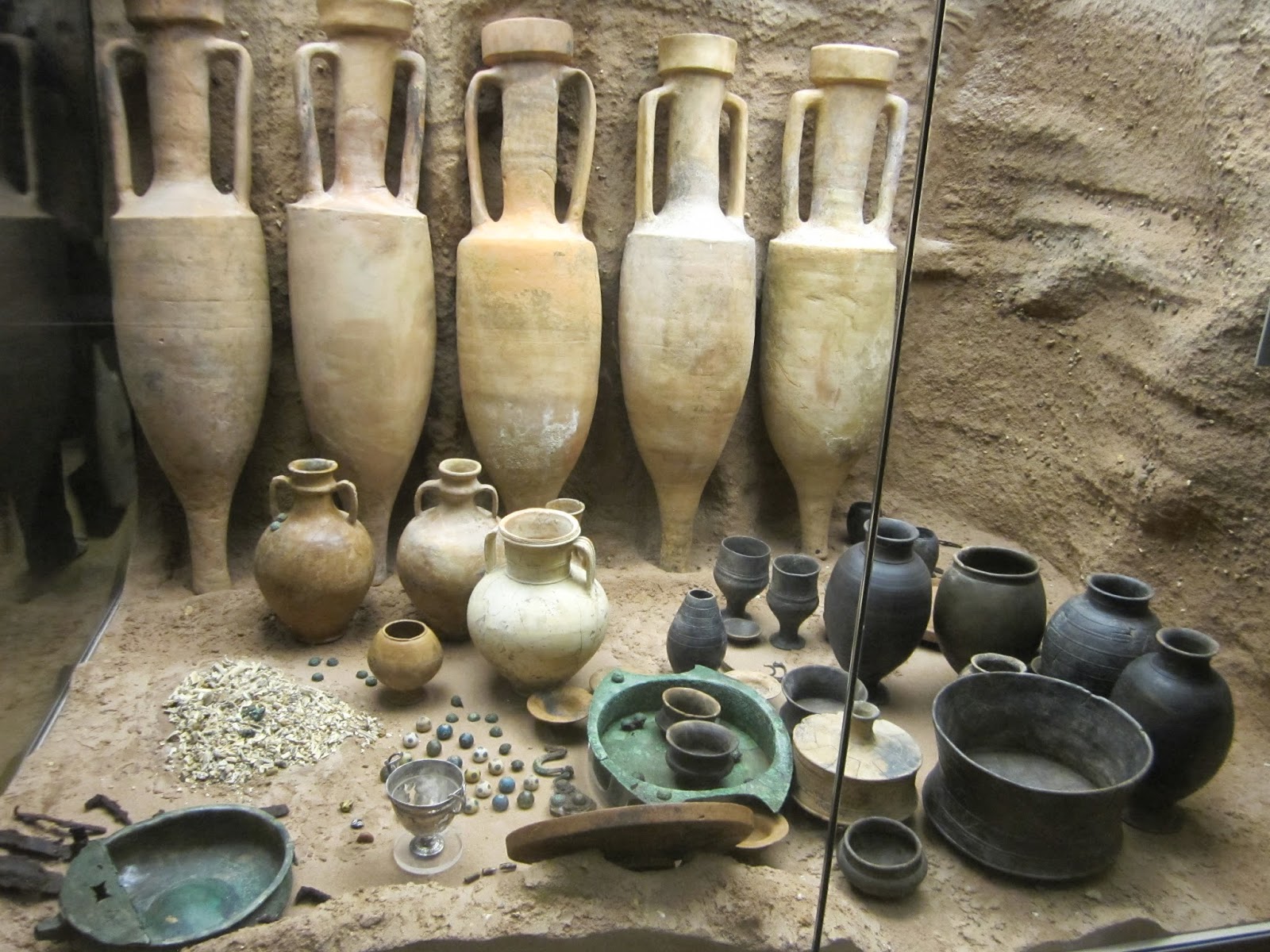 Questions to ask myself.
Do I want to create representational 'vessels'
Or vessels/objects that would have been used.
Think about the historical links to a vessel shapes.  Does not have to be ancient history.  Think Steven Dixon's oil can work - references political power.
An urn is linked with death.
Chalice, with religion.
Ceremonial vessels are a good area to follow for this projec.  Each vessel would demonstrate an area of power they had/represented.
Animal form is also a good area to explore.  There are links with shape shifters or spirit forms in certain cultures.  Hern the hunter, linked with the wood /green man.  Identify an animal that represents each form.  Could also look at one self and try to identify an animal form that could interact, placed with others..  For want of sounding new age hippy this idea is linked with spirituality.

If one thing today has taught me is that, collections and how they are show is important.

All that aside, I am sitting in the magnificent inner court if the British museum having a cuppa.  This place is magically.  So much history under one roof it is just overwhelming ,  but the modern architecture linked with old, is spectacular. 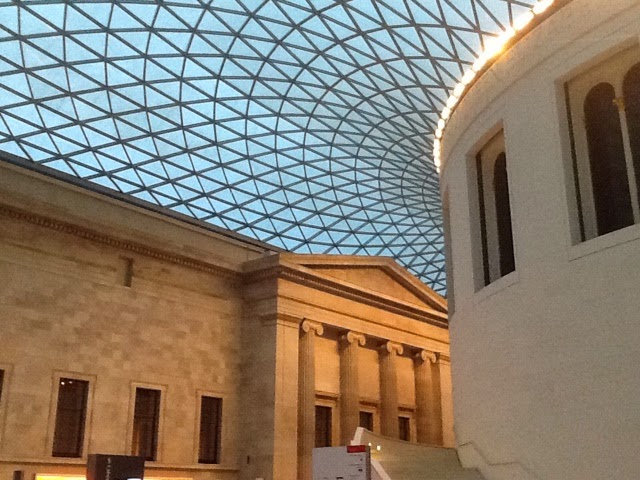 Before getting a cuppa I went into the Enlightenment gallery, which formed the basis of the BM collection.  A real cabinet of curiosity from around the globe, what a wonder to behold it must have been back in the 19th century.  Well it still is a wonder , even in this modern world we live in.

At 5.30 the museum started to close, so went into the Contemporary Ceramic Centre which is literally across the road.  So many well known potters and ceramicists in here as well as people I have not heard off.  Such diversity.  I still love the painterly pots of ..... , so expressive.

Food for thought.  The trouble is I have so many ideas that I want to try out I do not know where to begin, but that is why the research statement is so crucial and it proves the ground work and direction.

For now though I want to explore simple large cylinder forms which allow me to draw on the outside, using my daily sketches as a starting point.  Or perhaps start sketching  journey's to get some narrative to the vessels.